When I left him high up on the rocks looking out over the Peak District I didn’t think he would last long. He gazed across the valley into the mist of February winter looking so peaceful and as I walked away I felt guilty that I had consigned him to oblivion. Of all the children he was, by far, the most exposed.

The most exposed but also the one with the most spectacular vista to spend his 40 days, there was defiance in him, he wasn’t hiding in a rock cleft or tucked away in the detritus of the city – he was there for the whole universe to see.

When I lay in bed with the sleet and rain tapping on the window he was the one of the 40 I thought of. Alone in the dark with nothing to protect him from the wind that could take him or the snow that could smother him or the rain that could drench him and return him to the earth.

So, 40 days later, I chased up the hillside out of breath and scrambling over rocks. I expected to find the large boulder empty, as if I’d offered him up on an altar and the gods had taken him. But they hadn’t, and for 40 days he had remained. But now changed, transformed by his exposure to become one with the rock. With delight I tentatively touched the rough clay. He had held that gaze for 40 days and nights as the damp and the rain moulded and shaped him to become part of the landscape.

His waiting has softened him and so his defiant stance is gone. But now, grey as the stone, all that remains of him seems infused with the wisdom of ages. 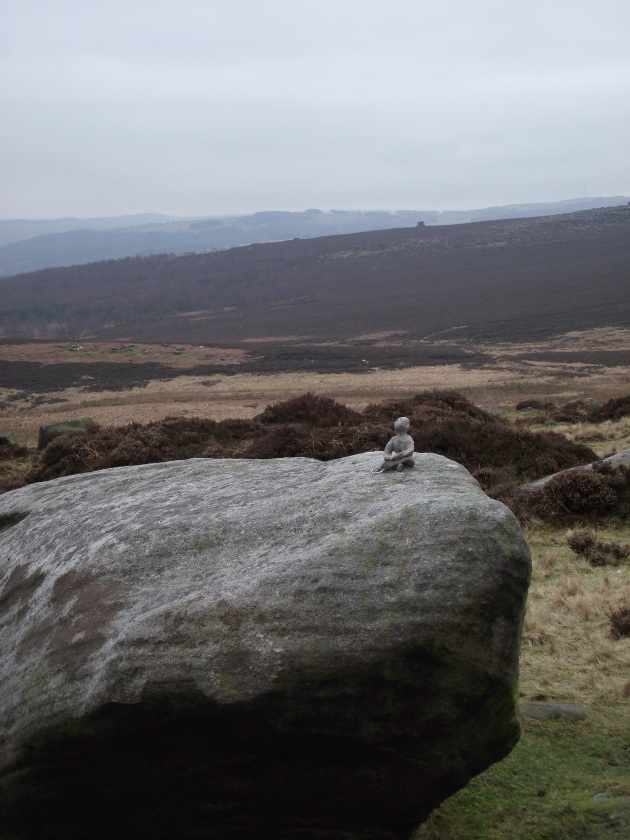 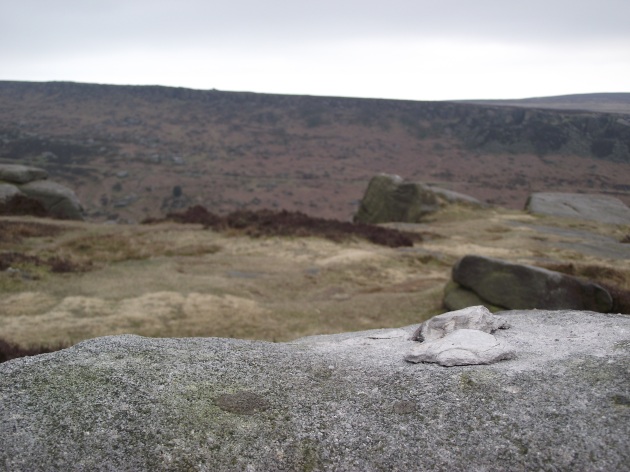 7 thoughts on “Tales of Clay 1: On the high rocks”